‘Big Brother’s’ season was marred by allegations of racism. It’s not the first time 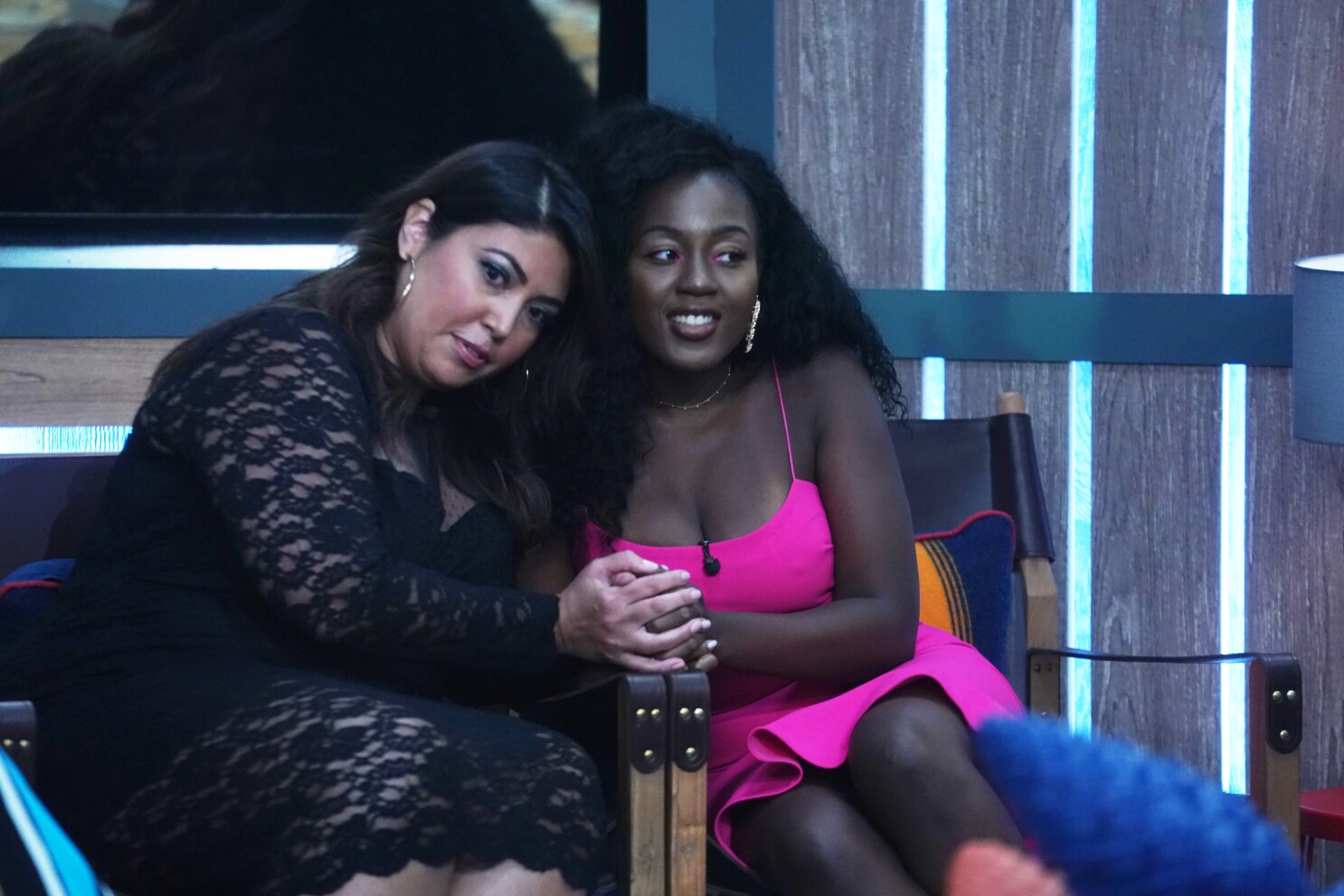 "Big Brother,” the reality series that isolates several contestants inside a custom-made house for the summer, will conclude its 21st season Wednesday with a $500,000 prize winner — and a cloud of controversy.

The CBS series, in which participants are monitored 24 hours a day by cameras that broadcast an online feed, continued its record of scoring solid ratings, but “Big Brother” has once again been struck by charges of racism and inflammatory remarks by white participants.

Earlier this season, marketing strategist Kemi Fakunle, the only female African American houseguest, said in interviews that she felt she was a target because of her race. One houseguest, Jack Matthews, said that he would “like to stomp a mudhole through her chest.” He also used “rice pudding” when referring to an Asian American contestant. The remarks spurred a fan petition to have Matthews removed from the show, and he was reportedly warned by producers about the comments before his eventual eviction. (Matthews told “Big Brother” host Julie Chen Moonves that his comments were “playful” and not racially motivated.)

Fakunle also told houseguests during the live feed that she was encouraged by a “Big Brother” producer to use a stereotypical black accent for a soundbite in the show’s confessional “diary room.” After facing sharp questions about the reality series at the Television Critics Assn. press tour in August, CBS Entertainment President Kelly Kahl told reporters that he and other network honchos “have heard things on the show that we are not comfortable with, that we have not enjoyed hearing, and we will absolutely, after the season is over, take a look at the show.” Thom Sherman, senior vice president of CBS Entertainment, said the “Big Brother” producer in question had been “reprimanded” and received “unconscious-bias training.” (Fakunle, who posted a statement on Twitter in July assailing her fellow houseguests’ “degrading and threatening comments,” did not respond to The Times’ requests for comment.)

“Big Brother’s” race problem is not new. The series — unlike a number of its reality-TV competitors — has consistently had a predominantly white cast since its first season in 2000, and racial tensions have previously cast a shadow over the high jinks and hookups inside the house. With the exception of the first season, when black activist William “Mega” Collins continually challenged white contestants, people of color have been the most frequent targets.

One key incident erupted in 2013, when college student Aaryn Gries said in a reference to African American houseguest Candice Stewart: “Be careful what you say in the dark, might not get to see the bitch.” At one point, Gries flipped over Stewart’s mattress, mocking her with a stereotypical black accent. As the argument escalated, Gries’ friend GinaMarie Zimmerman got in Stewart’s face and said in a challenging tone, “You want the black to come out?” At another point, Gries said to an Asian American contestant, “Shut up, go make some rice,” and used a homophobic term to describe another houseguest. (Stewart could not be reached for comment.)

The following season, fans discovered homophobic and racially inflammatory comments posted on social media by Caleb Reynolds, an “adventure hunting guide” from Hopkinsville, Ky., who referred to then-President Obama as a “Muslim monkey.” He also used an anti-gay slur on the account.

The controversy this season — in which four of the five contestants of color were evicted in the first five weeks, and only one is on the jury that selects the winner in Wednesday night’s finale — is particularly uncomfortable for CBS executives, who last month were eagerly promoting significant progress on the diversity front. After years of being criticized over the near-absence of minorities in leading and prominent roles, three of the network’s new fall series — “Evil,” “All Rise” and “Bob Hearts Abishola” — feature people of color in leading roles, as do a number of returning series such as “The Neighborhood” and “FBI.” This constitutes a marked shift from 2016, when CBS was criticized for launching six new series with six white male leads.

But the controversies over race and racism on “Big Brother” remain a thorn in the network’s side as it touts that momentum going into the fall season. And in the absence of details about what Kahl, Sherman and the series’ producers are “not comfortable with,” or what CBS’ post-season “look at the show” will entail, it’s difficult to assess what, if any, changes will be seen in future editions of “Big Brother.”

On the eve of the finale, Kahl and other executives declined to comment on what further areas they would be exploring or whether they would reexamine the show’s casting formula or vetting process. They also refused to provide specifics as to whether the show had any minorities on its producing staff, or why the series has never had a cast in which a majority of participants were people of color.

Instead, CBS and production companies Endemol Shine North America and Fly on the Wall Entertainment released a joint statement: “‘Big Brother’ is a multi-platform reality competition show about a group of people who live in a house for several months with no contact from the outside world. The audience is able to view the show during the multiple weekly broadcasts as well as on the 24/7 live, online stream, which captures unedited content of the contestants’ unfiltered moments in the House. At times, the Houseguests say things that we do not condone. We share some of the viewers’ concerns about inappropriate behavior and offensive comments, and producers have addressed specific incidents with the Houseguests involved. However, there is absolutely no truth that the casting of the show is racially motivated, that the Houseguests’ behavior is predetermined or that the outcome is controlled in any way.” 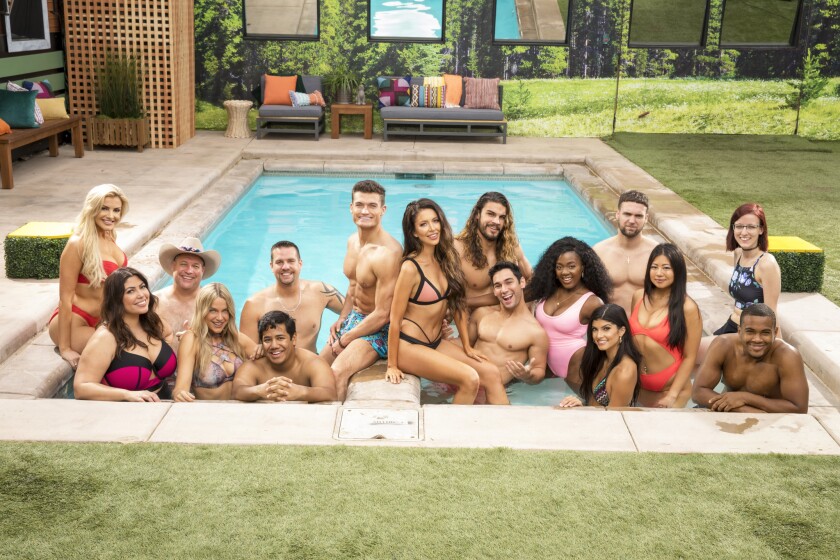 UCLA Dean of Social Sciences Darnell Hunt said he is not surprised that issues of race often erupt on “Big Brother.”

“Race is the central axis of social relationships,” said Hunt, who is also a professor of African American studies at the university. “Even when, in public, we try to deny its significance, it creeps through in unexpected ways. When people are in a house like that 24 hours a day under those conditions, it’s difficult to hide an inconvenient truth about American culture and society. The camera is the great equalizer.”

In previous seasons, “Big Brother” producers have blamed the racial tensions on the show’s format and the unguarded moments under the cameras.

“What happened this season is unfortunate, but at its heart, this show is a daring social experiment,” executive producer Allison Grodner said in 2013. “It’s real and raw, and it’s not always pretty.”

As for the intense media coverage of the show that season, Grodner said then, “We would have rather not had those headlines.”

In a phone interview, Zimmerman said the stress of living in the house and having no contact with the outside world can provoke spontaneous actions and statements that are not appropriate.

“No one is thinking clearly in the house,” she said. “Sometimes things are said that are hurtful — people tend to say stupid things. You get so comfortable. We’re all human, and someone can hit a nerve.”

As for statements inside the house that were racially insensitive, Zimmerman maintained that she was not a racist. “That doesn’t reflect who I am,” she said. “People know I’m a good person. Everyone makes mistakes.”