The stars were certainly aligned at Roc Nation's annual brunch party just one day before music's biggest night: the 2019 Grammys.

Beyoncé, Jay-Z, Meek Mill, DJ Khaled, Joe Jonas, Sophie Turner and Sean "Diddy" Combs were just a few of the names that made an appearance at the star-studded event. Plus, everyone in attendance were clearly dressed in their Saturday best because there were stunning looks at every turn.

Bey and Jay both looked bright and colorful at the gathering. The "Formation" singer donned an asymmetrical dress with pastel hues. Jay-Z went with a similar color palette. He wore a baby blue, double-breasted 3-piece Frère suit that included a crisp white shirt and shoes.

If pretty hurts, they clearly don't make it look that way. 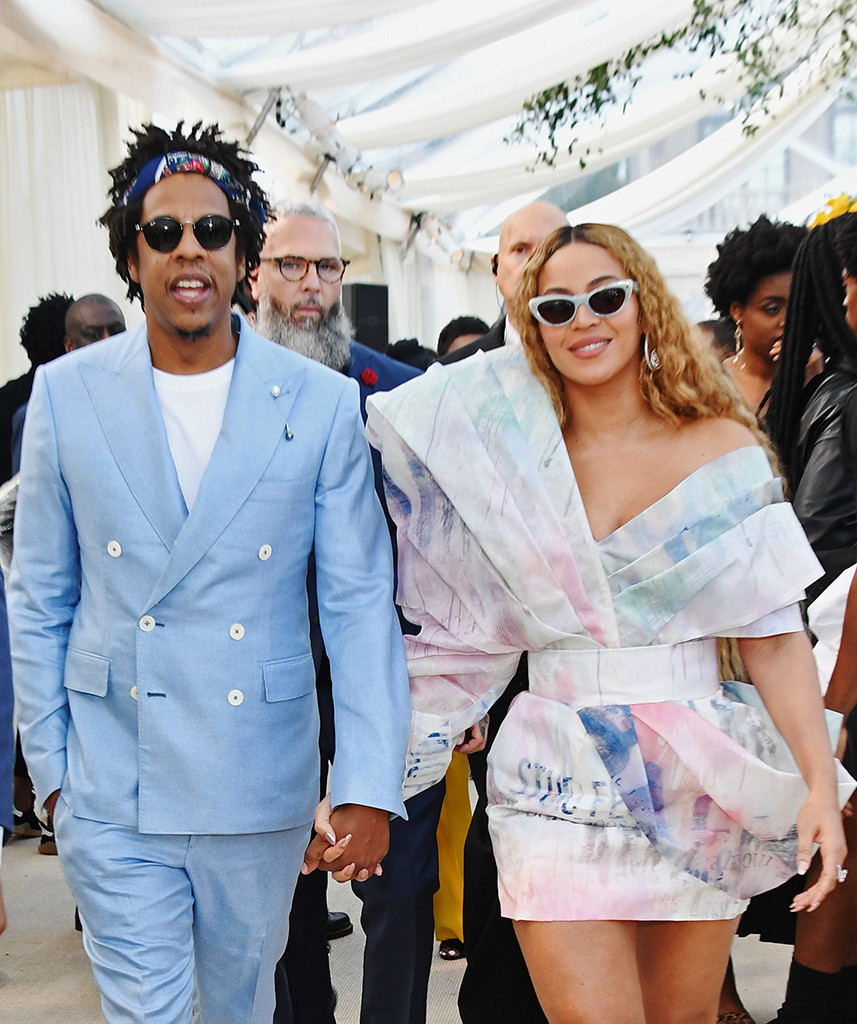 Before heading over to Stormi Webster's "Stormi World" birthday party (where he gave her a Chanel bag!), he chatted alongside Usher, Meek Mill and Kevin Hart in his sea foam green suit.

Khalid posted a photo on Instagram of himself and Normani totally cheesin' next to The Carters. The happily married couple is nominated for three Grammys this year, including Best Music Video for "Apes**t," Best R&B Performance for "Summer" and Best Urban Contemporary Album for Everything Is Love.

Bey and Jay are also currently part of a new sweepstakes that will earn one lucky fan concert tickets for the rest of his or her life—but there's a catch. It requires potential winners to embrace a more plant-based died and lifestyle, which the Carters are major proponents of.

Jay-Z founded Roc Nation back in 2008 and the couple holds a star-studded brunch on the Saturday during Grammys weekend every year.