Beyoncé made her second big statement of awards season by simply not standing up. The singer attended the Super Bowl last night with her daughter Blue Ivy Carter and husband Jay-Z.

Blue Ivy, Jay-Z, Beyoncé drew attention for their choice not to stand during the National Anthem. TMZ ran the video of them seated during Demi Lovato's rendition of the song.

Their reps did not immediately respond to AP's request for comment regarding their choice. But some saw it as a statement of solidarity with Colin Kaepernick. Kaepernick, a former NFL quarterback, took the knee during the National Anthem in protest against systemic racism in 2016.

He lost his position on his team the next year and was not drafted by any other NFL team, despite being a promising player.

In 2017, Kaepernick filed a collusion grievance against the NFL, alleging the organization helped blackball him. He cited that "athletes should not be denied employment based on partisan political provocation."

Numerous entertainers, including Jay-Z, came out in support of him. Some, including Rihanna, refused offers to perform the Super Bowl halftime show because they did not want to be complicit in supporting the organization. 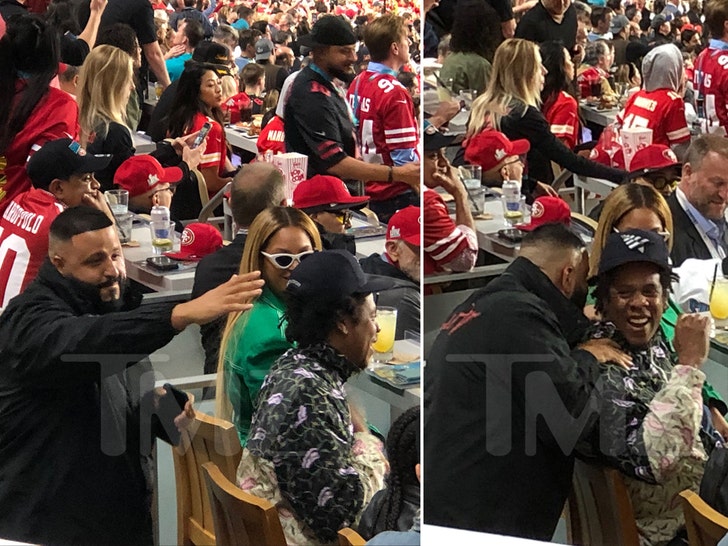 As Rihanna told Vogue, “I couldn’t dare do that. For what? Who gains from that? Not my people. I just couldn’t be a sellout. I couldn’t be an enabler. There’s things within that organization that I do not agree with at all, and I was not about to go and be of service to them in any way.”

Beyoncé has also praised Kaepernick personally when giving him Sports Illustrated‘s Muhammad Ali Legacy Award in 2017. “Thank you, Colin Kaepernick, thank you for your selfless heart and your conviction, thank you for your personal sacrifice,” she said, via Washington Post. “Colin took action with no fear of consequence or repercussion, only hope to change the world for the better. To change perception, to change the way we treat each other, especially people of color. We’re still waiting for the world to catch up.”