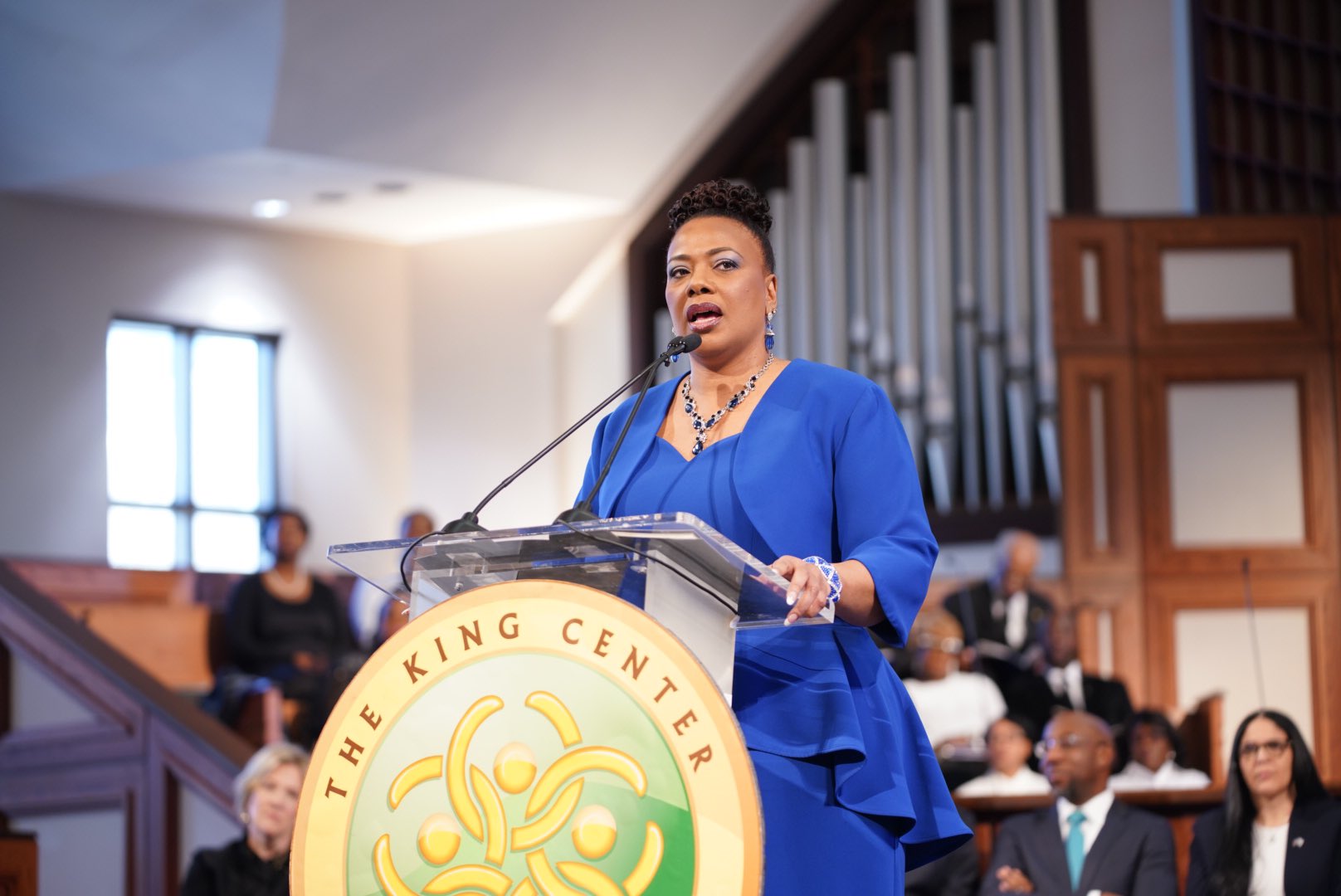 Bernice King, the youngest daughter of civil rights leader Dr. Martin Luther King Jr. and the CEO of the King Center in Atlanta, took a swipe at Kellyanne Conway’s assertions about her late father.

On the federal holiday honoring her father’s legacy, King shared a tweet that made her feelings about the White House adviser’s comments earlier that day clear:

Until a person commits to better understanding and then better understands my father’s teachings and methodologies, I REALLY wish they’d keep his name, and incorrect anaylsis, out of their conversations about current issues. #MLKDay #MLK https://t.co/ZoVS89oYNQ

King’s tweet included a video of Conway responding to a reporter’s question about how the president was observing Dr. Martin Luther King Jr. Day.

“Well, I can tell you that the president is preparing for Davos and agrees with many of the things that Dr. Martin Luther King stood for and agreed with for many years, including unity and equality,” Conway said.

Conway then pivoted to Trump’s impending Senate impeachment trial, adding: “And he’s not the one trying to tear the country apart through an impeachment process and a lack of substance that really is very shameful at this point.”

Conway also said she didn’t believe it was “within Dr. King’s vision to have Americans dragged through a process where the president is not going to be removed from office, is not being charged with bribery, extortion, high crimes or misdemeanors.”

Trump commemorated the holiday with an unscheduled visit to the Martin Luther King Jr. Memorial next to the National Mall before departing for Davos, Switzerland, to attend the World Economic Forum.King, who has dedicated her life to protecting her father’s legacy and carrying on his philosophies of non-violence and justice, said in a speech Monday that while messages of unity and acts of service are a good start, they are “not enough in today’s world”:

Our CEO, @BerniceKing, delivering our ‘Call to Commemoration.’

“Because of the rising militarization of police, the increase of nationalism as a response to the global immigration crisis, the resurgence of white supremacist groups...a day on is not enough.” #MLKDay #MLK pic.twitter.com/xdBDFAcb6z