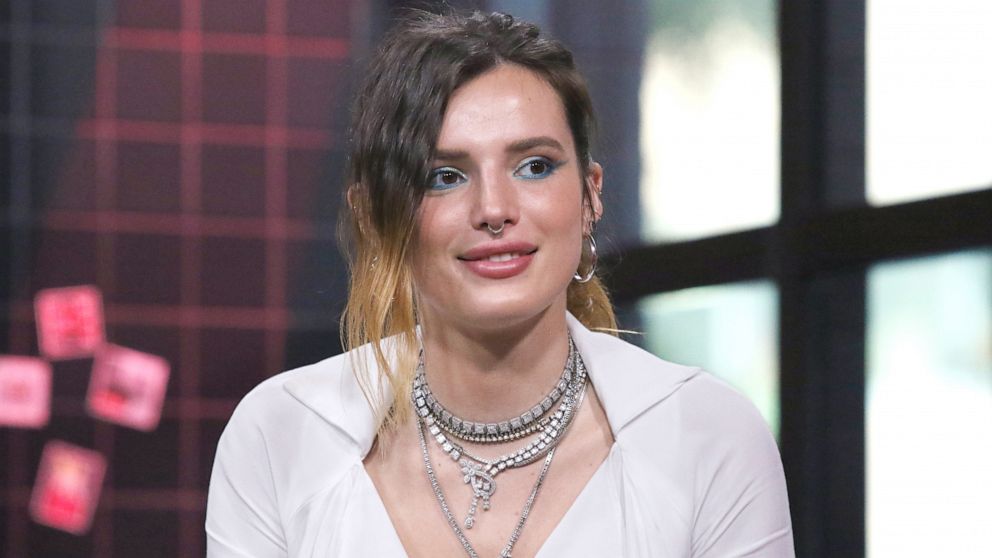 Bella Thorne chided Whoopi Goldberg in a series of tearful videos Tuesday after the "The View" co-host criticized her for taking intimate photos of herself.

Goldberg said the actress should have known hackers would be able to gain access to nude pictures she had taken.

"Once you take that picture it goes into the cloud and it's available to any hacker who wants them," Goldberg said on the show. "And if you don't know that in 2019 that this is an issue, I'm sorry, your age does not -- you don't get to do that."

"Shame on you," Thorne responded on her Instagram Story later Tuesday. "I don't really wanna go on 'The View' anymore because I don't really want to be beaten down by a bunch of older women for my body and my sexuality."

@bellathorne Fuck everyone who blame girls for what happens to them, y’all can take nudes, dance and dress the way YOU want. Your body is a work of art and it’s YOUR chose to share it or not. Stay strong my bb i lovr you. ❤️❤️ Our society’s fucked up. pic.twitter.com/BQMDVVis6y

Thorne shared nude photos of herself on Twitter Saturday after she said a hacker threatened her with them, saying she felt "gross" and "watched."

Sunny Hostin, another co-host on "The View," empathized with the Thorne.

"It just saddens me that these kids have to go through this," Hostin said on the show. "For someone to extort her and threaten her with posting these pictures, it's terrible."

But Goldberg was less understanding.

"If you're famous, I don't care how old you are, you don't take nude pictures of yourself," Goldberg said.

Hostin, interrupting, said such photos are usually intended for just one person.

Thorne says comments made her feel bad about herself

"Watching this interview made me feel really bad about myself," Thorne said Tuesday in a series of videos during which she was crying.

She said she would cancel an upcoming appearance on the show.

"I don't really want you guys talking about your views to young girls because I would not want my daughter to learn that and I would never say that to her," Thorne said.

"Shame on you, Whoopi ... for putting that public opinion just out there like that for every young girl to think that they're disgusting for even taking a photo like that.

Shame on you," Thorne said. "Saying if you take a sexy photo, then it basically deserves to get leaked like don't be surprised at all and don't feel sorry for yourself."

Thorne is the latest celebrity to have her privacy violated as a result of hacking. Several years ago, a slew of famous women -- including Jennifer Lawrence, Aubrey Plaza and Kate Upton -- had their private photos hacked and shared online.