Bella Hadid named most beautiful woman in the world, and Beyonce as a close second

Is there such a thing as a mathematically or scientifically perfect human being? Recently, there have been headlines making such claims about Bella Hadid being the most beautiful woman in the world, with Beyonce being her runner-up. This is all supposed to be based on the Golden Ratio of Beauty Phi — a formula first written about by the Greeks that allegedly determines beauty by way of mathematics. Initially, it was applied in terms of design (such as with the Parthenon), but Leonardo DaVinci apparently used the formula to create the Mona Lisa in order to make her more aesthetically pleasing.

While it’s fairly universally agreed that the Mona Lisa is an important piece of artwork, you’d be hard pressed today to find people saying they were overwhelmed by Mona Lisa’s actual physical beauty. But if she’s been painted using this golden ratio that claims to mathematically make everything more “beautiful,” shouldn’t people all still find her as such? Or is this all, perhaps, bupkis?

The number 1.6180 isn’t what comes to mind when you’re asked to think of the most beautiful person you can think of. Yet the Daily Mail has put out a number of stories wherein a plastic surgeon found a way to use it to compare the faces of famous women to pit their physical beauty against one another. And honestly, it does nothing but perpetuate false ideals of beauty: not only should your face be symmetrical, not only are this, that, and the other wrong with your features, but now they also have to fit into a certain formula thought up by the Ancient Greeks? Perhaps not.

Plenty of folks have already put out stories about why the golden ratio in general is probably nonsense. In an article for Fast Company, design writer John Brownlee tells us that not only is the golden ratio always going to be a ‘little bit off,’ but a lot of the claims themselves about it have been misquoted from the Franciscan friar who wrote De Divina Proportione, a book about the golden ratio. Another article, this time in The Independent by science correspondent Ian Johnston, gives us even more about how many mathematicians simply don’t see how the use of this ratio could actually dictate human beauty. Mostly because humans just don’t work that way, and neither does beauty.

“The Golden Ratio is based on a concept that simply does not translate to 3-dimensional human beings,” Beverly Hills-based Plastic Surgeon Dr. Jay Calvert, who holds that the golden ratio is simply not clinically relevant, tells Yahoo Lifestyle. 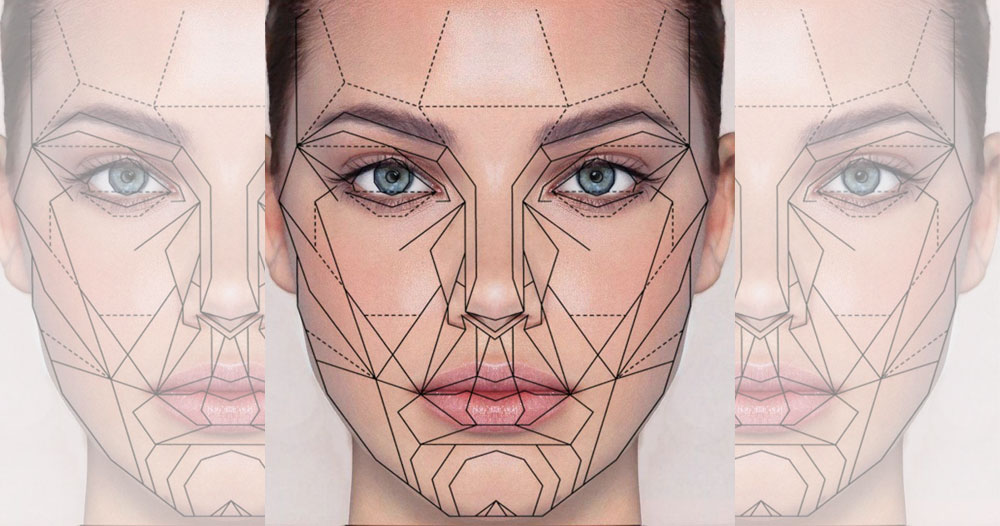 “The beauty of any person should be seen with their variations and imperfections. This is where the artistry of plastic surgery lies. It’s all about the enhancement of what each individual has that creates a better look,” adds Dr. Calvert.

“As a plastic surgeon, this is not something I use when evaluating a patient’s face. ... Symmetry on a face is important. However, sometimes (it) can be ‘boring’ and the face can look like a Barbie Doll or there is no outstanding feature that ‘pops,’” says the Denver-based plastic surgeon. Dr. Shah reminds us that there are plenty of celebrities whose looks do not conform to the Golden Ratio, such as Tyra Banks, who has a very high forehead, and Julia Roberts, who has an exceptionally wide mouth.

Beyoncé's fan base did not take kindly to her being ranked number two.

Whoever decided to compare #BellaHadid and #Beyoncé in terms of beauty, should have kept that opinion to themselves!

There is no world where Bella hadid looks better than Beyoncé. None. Not even on Opposite Day.

The fact is, ideals of beauty vary across cultures and across time. And while there may be some people who are seen as “more beautiful” across the board than others, it’s generally not because of this mathematical equation. One article published in Plastic and Reconstructive Surgery - Global Open studied the facial proportions of several Miss Universe and Miss Thailand contestants, including use of the golden ratio, and found that the facial golden ratios simply didn’t match up with modern takes on facial proportions of beauty. Another study published in Science Direct’s Vision Research looked at four experiments to see if the golden ratio (or other ratios) determined who subjects found to be the most beautiful. Researchers found a different ratio to determine beauty, but even then, would that work across the board?

“The Golden Ratio often relates to measurements in the human form, particularly facial proportions or waist to hip ratio. Waist to hip ratio was examined and determined in the 80’s to be a ‘beautiful’ ratio of 36 to 24 (hence the famous 36-24-36)” says board-certified plastic surgeon Dr. Thomas T. Jeneby. The surgeon is referencing the way this proportion was sung about in a number of 80s and 90s songs, such as Violent Femmes’ “35-24-36” and Sir Mix-A-Lot’s “Baby Got Back.”

“In this day and age, women are wanting wider hips, so the ratio is getting more than 1:1.6. People’s facial proportions are changing due to fillers and surgery as well,” says Dr. Jeneby, who also wrote Confessions of a Plastic Surgeon.

Simply put, times are changing, and with that, beauty ideals are also changing. And then of course there’s the fact that these articles still aren’t also applying the so-called Golden Ratio to male celebrities, but that’s an article for another day.