The store planned to host an event Wednesday evening launching its new “Diverse Editions” project, which would showcase ”classic” books ― like “The Wonderful Wizard of Oz” and “Moby-Dick” ― with new covers illustrating the main characters as people of color. The store planned to feature the newly jacketed books in its window display all month.

But after significant outrage online, the company canceled the initiative midday Wednesday. 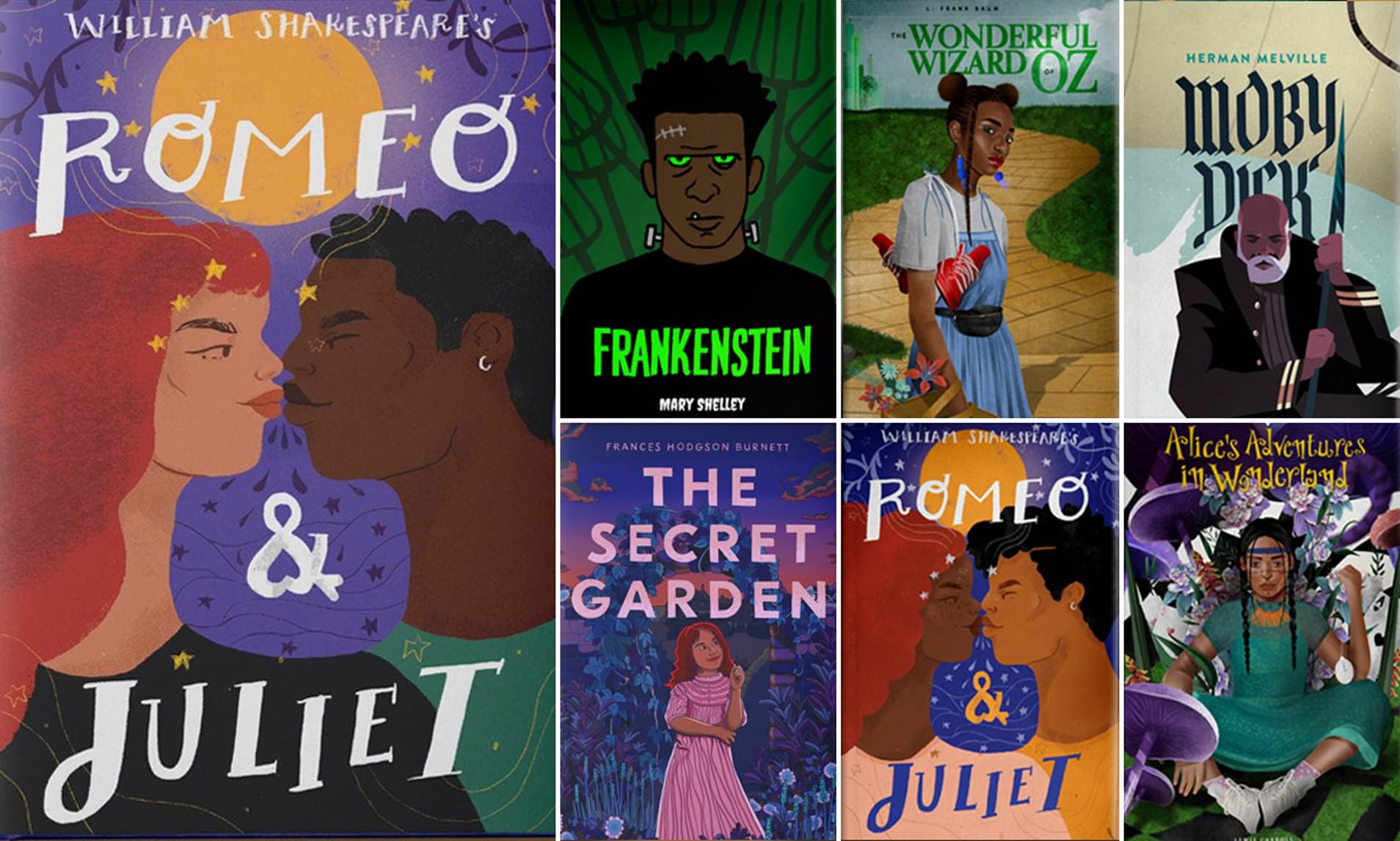 People on Twitter suggested Barnes & Noble promote diversity by featuring works by actual writers of color. Most of the books the bookseller created new covers for, including “Emma” by Jane Austen and “Alice’s Adventures in Wonderland” by Lewis Carroll, were written by white authors and feature white protagonists.

“You have to look at the obstacles already facing writers from marginalized communities,” Frederick Joseph, who is Black and the author of the upcoming “The Black Friend: On Being a Better White Person,” told HuffPost. “Instead of platforming Black writers during Black History Month, they’re basically doing blackface. They’re using our imagery, our likeness, to still sell white narratives.”

Author Elle McKinney, who is also Black, noted how Barnes & Noble chose to invest significant time and funding on making over “all these old stories by predominantly white authors featuring white characters” rather than put those resources into boosting Black authors.

If Barnes & Noble was serious about this #BlackHistoryMonth celebration, they would feature and push renditions of the "classics" actually written by Black authors.

At WNDB we believe diversity goes beyond book covers; it needs to be present in the specificity of the storytelling.

For #BlackHistoryMonth, here are picture, MG, and YA books about Black characters by Black authors and illustrators — across genres. What are your faves? pic.twitter.com/1EPbFCu4Ch

Barnes & Noble said in its statement canceling the project that it acknowledged “the voices who have expressed concerns about the Diverse Editions project.”

“The covers are not a substitute for black voices or writers of color, whose work and voices deserve to be heard,” the bookseller wrote, saying it created the project to “help drive engagement with these classic titles,” as well as to “help raise awareness and discussion during Black History Month.” It noted that its stores in February would “highlight a wide selection of books to celebrate black history and great literature from writers of color.”

HuffPost did not immediately get a response from Barnes & Noble to a request for further comment.

McKinney suggested Barnes & Noble reconsider “what the canon classic is,” noting that many of the books they planned to feature come from an era in American history when Black people were segregated and pushed out of education and work opportunities by law.

“Because we didn’t get a chance to get our foot in the door, the canon by default ended up being this way,” McKinney said, adding that if Barnes & Noble wanted to celebrate classics during Black History Month, they should have modernized the covers of books by W.E.B. Dubois, Maya Angelou, James Baldwin — “our greats,” as she put it.

The statistics are stark when it comes to the lack of diversity in the publishing industry. Just 6% of children’s and young adult books published in the U.S. in 2018 were written by Black authors, according to data from the Cooperative Children’s Book Center.

About 76% of publishing industry staff in the U.S. was white and 5% Black in 2019, according to a survey from Lee & Low Books released last month. The survey results came from nearly 8,000 responses from employees at more than 150 publishers and literary agencies across the U.S.

Carla Bruce-Eddings, senior publicist at Catapult, Counterpoint Press and Soft Skull Press, noted how diversity in publishing has “barely shifted” in the past four years, pointing to the Lee & Low Books survey from 2015, when 79% of publishing staff identified as white.

“And yet, when the time comes to take action, during Black History Month, they effectively ‘color-wash’ the covers of books that actually don’t need extra promotion. It’s maddening,” Bruce-Eddings said. “It feels like yet another instance of powerful gatekeepers sitting around and coming to a baffling, tone-deaf decision, and being surprised by the immediate backlash.”

“At this point, one has to wonder if these are genuine blunders or calculated publicity stunts,” she added.

Meanwhile, there are many groups working hard to promote works by authors of color, as well as to expand racial diversity in the publishing industry, such as Well-Read Black Girl, People of Color in Publishing and Latinx in Publishing.

In terms of how to repair Barnes & Noble’s misstep, Joseph had some suggestions.

“Take some of the Black narratives we already have and lift them,” he said, listing books by Toni Morrison and Zora Neale Hurston.

“Barnes & Noble is a powerhouse and could absolutely change the game for someone like myself,” he added. “I’d much rather young Black people be able to read Black stories about Black people by Black people.”