Ginsburg made history as the second female appointed to the US Supreme Court and is remembered as a champion for women's rights and gender equality through her court decisions and dissents.

Throughout her 27 years on the Supreme Court, Ginsburg often matched her neckpieces — often in the form of a jabot or necklace — to her approval or dissent for court opinions. For example, her "majority opinion" jabot was a gold neckpiece with detailed pendants, and it was a gift from her law clerks, she told Katie Couric in a 2014 tour of her collar collection. 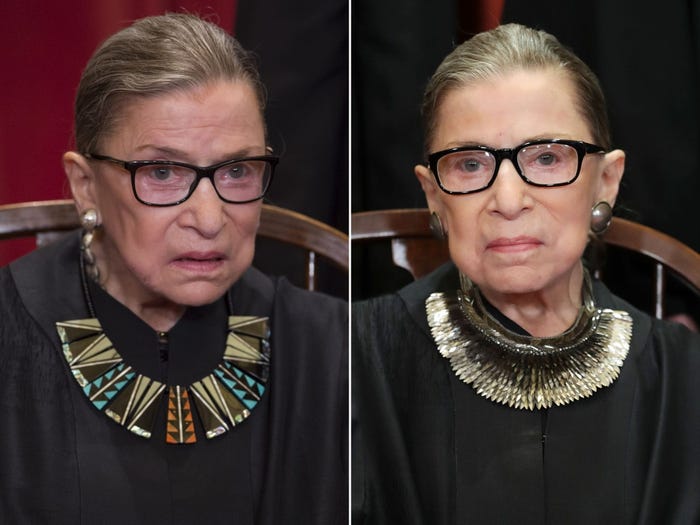 Ginsburg became well-known for her statement-making collars. In September, a lace jabot was placed on the Fearless Girl statue in New York City in memory of the justice.

But one of Ginsburg's collars in particular — a black and metallic bib necklace from Banana Republic — seemed to take on a life of its own, and it was recently re-released by the clothing brand.

The Banana Republic necklace grew in popularity after it was worn by Ginsburg, who received the accessory as a gift after being named a Glamour Magazine Woman of the Year in 2012, according to the New York Times.

In her 2014 interview with Couric, Ginsburg referred to the studded necklace as her "dissenting collar," saying "it looks fitting for dissents."

RBG: "This is my dissenting collar… It looks fitting for dissents." pic.twitter.com/luNmrN4BCX

On Friday, Banana Republic re-launched the collar on its website for $98. The brand is calling the jewelry piece the "Notorious Necklace," as a nod to Ginsburg's nickname, Notorious RBG, after rapper The Notorious B.I.G.

"Originally released in 2012, we're reissuing this special necklace with its sparkling glass stones and a velvet tie," reads the product description on Banana Republic's website.

According to the Banana Republic website, through December 31, 100% of the proceeds from sales of the necklace will be donated to the International Center for Research on Women, a global research institute focused on advancing gender equity and tackling challenges faced by women.

At the time of writing, the necklace is on backorder and has an estimated shipping date of November 30. 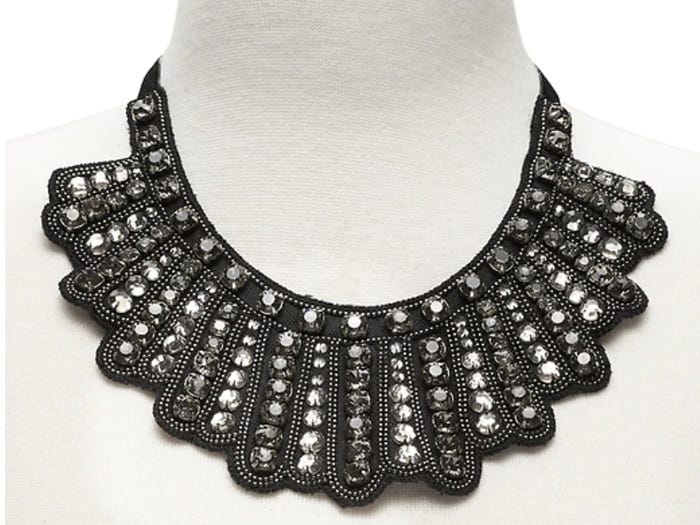 Banana Republic previously re-released the "Notorious Necklace" in 2019 and donated a portion of the proceeds to the American Civil Liberties Union Women's Rights Project, which Ginsburg founded in 2017, according to the Associated Press.

Ginsburg famously wore the necklace at the Supreme Court one day after the election of President Donald Trump in 2016. Kate McKinnon sported a similar style to the Banana Republic necklace while portraying Ginsburg in a 2018 episode of "Saturday Night Live." 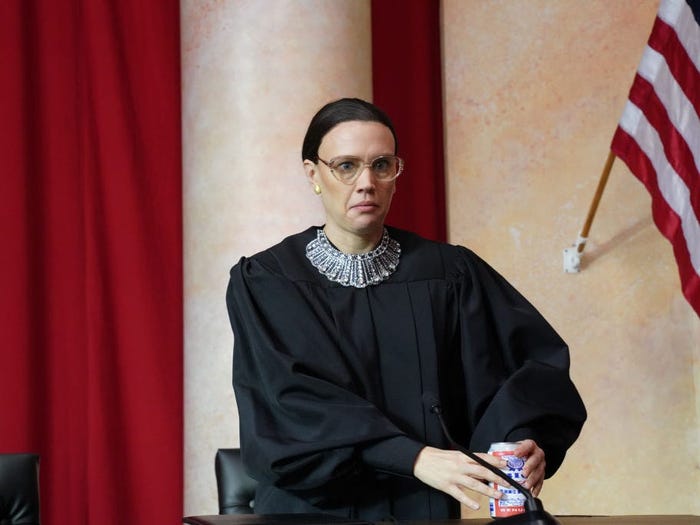 In a 2009 interview, Ginsburg spoke about the origins of her neckpieces. She said that she and Supreme Court Justice Sandra Day O'Connor — the court's first female justice — considered the traditional black robes as garments made for men.

"The standard robe is made for a man because it has a place for the shirt to show and the tie, so Sandra Day O'Connor and I thought it would be appropriate if we included as part of our robe something typical of a woman," Ginsburg said.

Representatives for Banana Republic and the brand's parent company, Gap Inc., respectively, did not immediately respond to Insider's requests for comment.