‘As Long As They Don’t Kill Us, We Will Survive’: Brazil’s First Black Trans Lawmaker Resists Fear 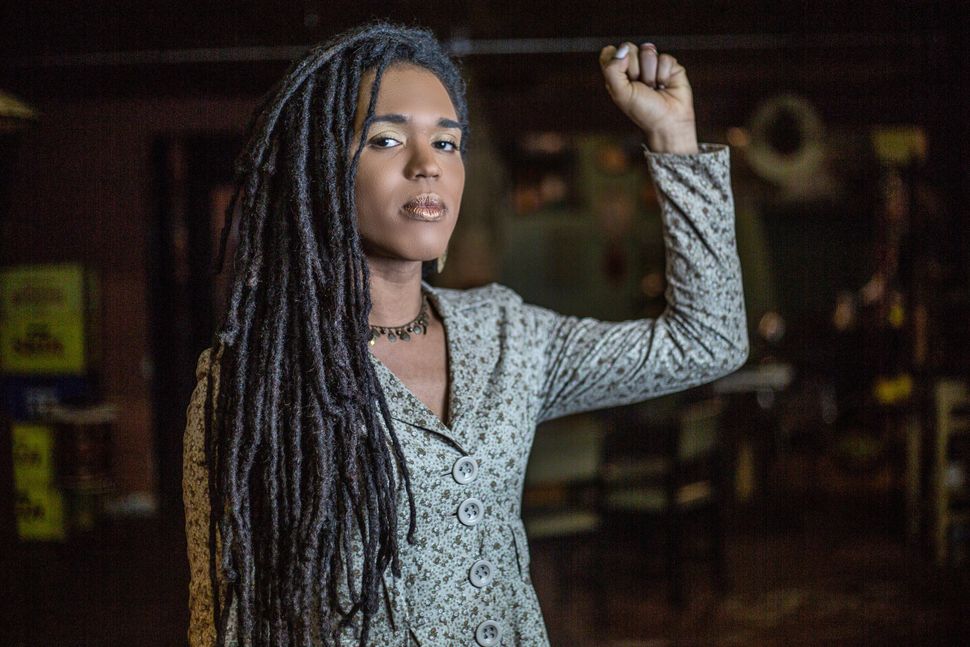 SAO PAULO ― Erica Malunguinho, Brazil’s first black trans woman to be elected a state representative, walked through the Sao Paulo state legislative assembly for her swearing-in last December with a flowing dress, pointed heels and a fist in the air. She had taken the stage in one of the state’s most influential institutions. The photo that captured the historic event garnered more than 22,000 likes on her Instagram page.

Undeterred by Brazil’s new far-right President Jair Bolsonaro, who ran a campaign featuring anti-LGBT and anti-black comments, Malunguinho, 37, is leaning into her mission to transform political institutions that have historically excluded people who look like her.

In a groundbreaking October 2018 election, which saw a record number of trans candidates, the former art and history teacher and activist made global headlines when she won a state assembly seat, joining over 90 other deputies elected in Sao Paulo. While a Bolsonaro-aligned candidate received the most votes, Malunguinho, who ran with the Socialism and Liberation Party (PSOL), obtained over 50,000 votes after she campaigned on a progressive message of making political participation more accessible for the wider population, especially Afro-Brazilians.

“We have a gigantic mission to recover the notion of politics for the people,” the state’s newly elected deputy told HuffPost shortly after her victory. “Institutional politics was placed far from the people, mainly far from historically vulnerable groups. This distance is purposeful. Our mission is to make that rapprochement and humanize politics. That means to understand that our existence is political, the existence of our historically erased people — like black and LGBTQ communities.”

Bolsonaro, inaugurated in early January, has campaigned on the very opposite ideas. Eschewing simple conservatism, he embraces rhetoric that is shockingly violent against marginalized groups. Brazil’s newest head of state has previously been court-ordered to pay fines for sexist remarks advocating the rape of a congresswoman. He’s also made disparaging remarks about Afro-Brazilians, as he now implements policies that threaten their traditional communities and the environment.

On LGBTQ issues, Bolsonaro doesn’t fare much better. He’s previously said he would kill his own son if he were gay and has constantly sparred with LGBTQ rights advocates in Congress. Amid this political climate, activists in Brazil say the president is emboldening the far-right to discriminate against minorities and people of color. In late January, Jean Wyllys, the country’s only openly gay congressman and, like Malunguinho, a PSOL member, announced he had fled the country after he and his family received a steady stream of death threats.

These threats against black and LGBTQ people are not just rhetorical. Brazil, which already grapples with high rates of violence against women generally, is the deadliest country in the world for trans women. The Trans Murder Monitoring project reported that there were at least 167 murders of trans people in the country from October 2017 to September 2018. The LGBT watchdog Grupo Gay da Bahia recorded at least 387 murders in Brazil it says are directly related to homophobia. Afro-Brazilians, who make up a large portion of neglected communities called favelas, are more likely to die in homicides and killings by police.

But Malunguinho told HuffPost that statistics on violence and alarming headlines regarding black or trans deaths shouldn’t cause black people or LGBTQ people to be paralyzed with fear.

“You cannot be closed off, we cannot be afraid to go out on the street,” she said when asked if she was afraid. “We have to be careful and create strategies of strengthening and preservation, which is what we have been doing for a long time. As long as they do not kill us, we will survive.”

While Malunguinho is the first trans woman to win a sole seat in a legislature, other women of color were elected, including an indigenous woman and trans women who won seats in collective candidacies, a maneuver by which groups of people team up to run for one seat. These developments are giving people hope that change could be on the horizon.

“Erica Malunguinho’s election is so important because of the large amounts of violence that happen towards trans women and Black people in Brazil,” said Watufani Poe, a Ph.D. candidate from Brown University studying Afro-Brazilian queer communities in Sao Paulo. “Her election and her political ideology shows the Brazilian public that Black people and trans people are more than just statistics; that they are people with radical ideas of how to shift society for the better.”

Poe attributes Malunguinho’s win to her direct communication with vulnerable populations and her years of building a local base with community-driven projects.

“I think she received so many votes from non-LGBT people because of the strong sense of Black community that Erica upholds, which finds a space for all Black people, while refusing the oppression of women, LGBTQ people, poor people and others,” he added. “She makes space for the entire community while encouraging a growth out of the oppressive ways of being that people have been indoctrinated into [in] the world.”

Poe added that it’s difficult to tell if Malunguinho-like success could be replicated on a national level or even abroad in the U.S., but he pointed out that her victory was in large due to “the painstaking work she has put into” caring and maintaining Aparelha Luzia, a black empowerment center.

Aparelha Luzia is a space that Malunguinho has cultivated in the 15 years that she has lived in the city of Sao Paulo. The small building, located downtown, is where the city’s black community can watch musical performances, attend open mics and art exhibitions and join in debates and lectures. Malunguinho, who hails from Pernambuco in northeastern Brazil, is from one of the country’s quilombo communities, settlements originally founded by rebel slaves. She models this space after her upbringing.

Among the Sao Paulo voters who supported Malunguinho, many say her historic win is about securing representation in politics but also about a shift in thinking, a change that brings in voices and ideas that have been historically excluded. For Malunguinho, this means promoting women’s representation, creating policies that protect LGBTQ rights, and combating racism through sustainable educational tourism in indigenous territories and quilombos.

Joyce Prado, an Afro-Brazilian filmmaker living in Sao Paulo, has visited Aparehla Luzia and says it has been a welcoming place for learning.

“People from different races, social classes and genders are trying to build a new path, a new way of doing politics and being in society,” she told HuffPost. “The election of Erica is a declaration of what we are trying to build. We still don’t have many answers, and it’s OK. We are going to find out what is next for this new moment of a democracy.”

Rafael Fontenelle, an architect living in Sao Paulo who is a member of the LGBTQ community, said: “I voted for her, and I personally support her because I believe our Congress should be as close as possible to the diversity of our society.”

“I think it is imperative that we have transgender representation in our government,” he added. Fontanelle said he has personally experienced anti-LGBTQ discrimination, being forced to run from attackers on the street, and has witnessed similar incidents with his friends in this period before Carnaval celebrations.

Malunguinho knows her win is historic because of her identity, but she emphasizes that it’s not enough to be just a trans or black candidate, telling HuffPost that LGBTQ and black people need diverse candidates who are actually in touch with their communities and have platforms and spaces that reflect that relationship. For Malunguinho, that’s about drawing from Afro-Brazilian history, particularly from historic quilombo societies that resisted racism, and incorporating these principles into her campaign. 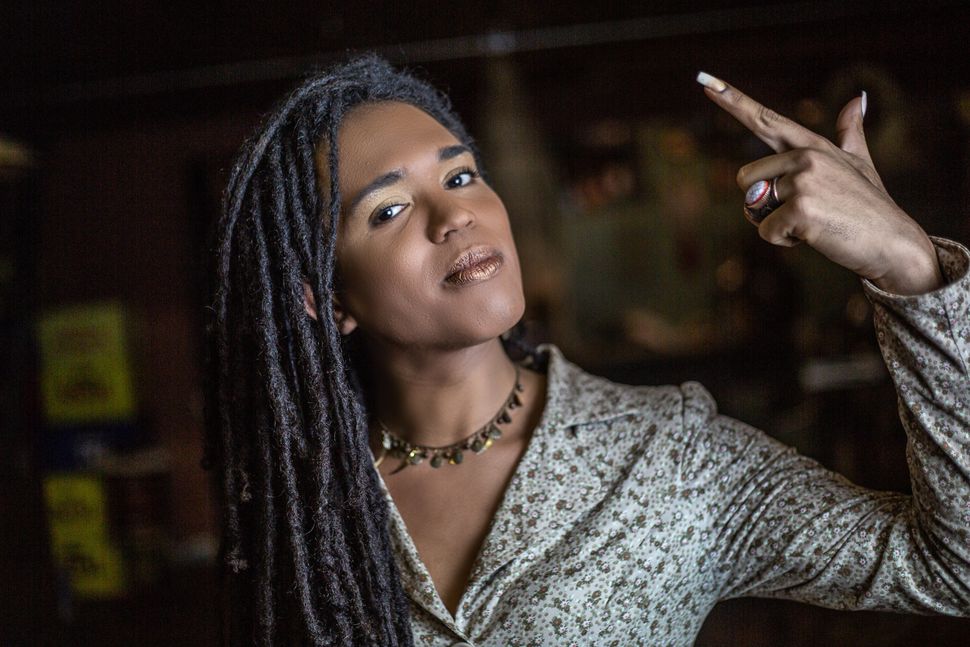 “This means bringing our history to the forefront and saying that white people who participate in a stratified, racialized society have a co-responsibility [to act], meaning it is not enough not to just ‘not be racist’ when you see discrimination all around you; it is necessary to be anti-racist. Demand action, attitude and deconstructive practices,” Malunguinho said.

Fontenelle, who is white, echoed this sentiment while discussing his support for Malunguinho. “This is where allies can be extremely valuable,” he said, adding that white people, straight people and men can actively speak with others in their communities about making politics and workspaces more inclusive for all. His comments reflect how many in Brazil’s LGBTQ community are supporting each other despite their differences in color and class.

But since former Congressman Wyllys announced he would be fleeing the country, many people have been left on edge. Around Rio de Janeiro and Sao Paulo, LGBTQ people talk about leaving if Brazil’s human rights situation deteriorates further.

“I feel as if we’ll hear more [people considering leaving] as the years of the Bolsonaro government pass by,” Poe of Brown University said. “Of course, this is not something that all classes and colors of people in Brazil have access to, and many Black LGBTQ people comment on this when they hear the news of Jean’s leaving. Understanding the terrifying situation he is in, they agree that he made the right choice, but also lament the fact that so many poor, Black, and LGBTQ in Brazil won’t be able to make the same choice to leave and will have to stay and endure the violence of this administration.”

Many people in the country also fear that discussions about leaving Brazil mirror those during Brazil’s military dictatorship, an era Bolsonaro has praised, when many political dissidents, poets and artists fled the country amid forced “disappearances” and torture.

Malunguinho has said she respects Wyllys’ choice, noting it’s important for LGBTQ people to prioritize their survival. This is particularly salient advice in the wake of the assassination of queer black Rio de Janeiro councilwoman Marielle Franco, who was killed along with her driver Anderson Gomes after speaking out against police brutality in the favelas. The outrage surrounding the killings reverberated throughout the country, triggering massive national and international protests and mourning.

While Malunguinho decided to run before Franco’s assassination, she says the murder, which she sees as a continuation of police brutality, was a catalyst for many candidates in the last round of elections. Franco’s death, she added, is a reminder that marginalized groups need to continue to create spaces for themselves in places the powerful say they shouldn’t be, whether in community centers, the streets or in political institutions.

“What happened to Marielle stirred us all,” Malunguinho said when asked if the councilwoman’s death affected her. “It was a finger in the face to say ‘you cannot join this place.’ But obviously, that empowered us more to say we have to be in this place.”

Sulamita Santana provided additional reporting and translation for this report.