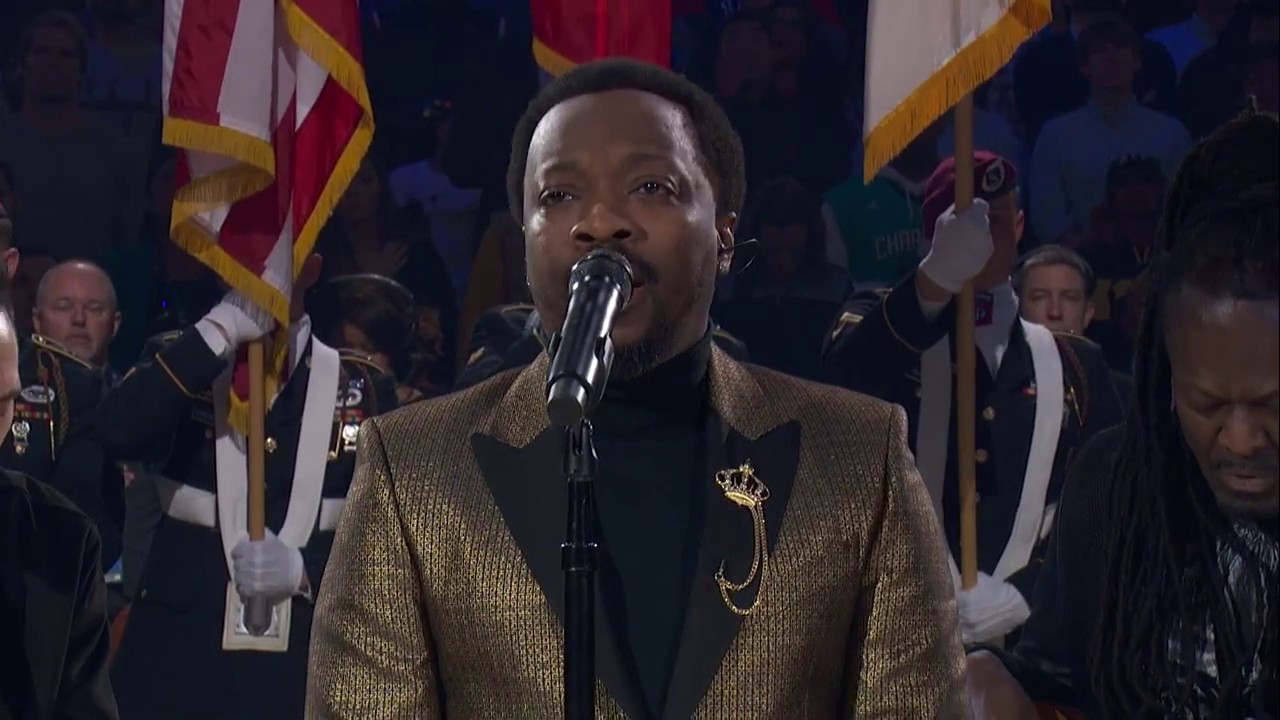 The performance stirred memories of Marvin Gaye’s knockout version during an All-Star game in 1983. And it very nearly made everyone forget Fergie’s unfortunate performanceat last year’s game that had some players and audience members laughing. (She later apologized.)

Hamilton, a Charlotte native, stopped singing the song in 2016 after former quarterback Colin Kaepernick began to take a knee during the “Star-Spangled Banner” at NFL games to protest racial injustice. At the time, Hamilton said that he was taking a break from performing the anthem “until it starts feeling like it’s for me.”

He changed his mind earlier this year.

“I can go out there ... and I can be as black as I want to be, as proud as I want to be,” Hamilton told The Charlotte Observer. “I can represent for those who feel like me [and] take what we stand for and put it back into the anthem.”

Hamilton said he aimed to reach again in the music for “that common bond ... and the goal of America, back when it was about serving God, serving the people and bringing together love, justice and just the pursuit of happiness, man. Getting back to that. That’s what I want people to feel when they hear me.”

Hamilton is perhaps best known for his 2003 platinum album “Comin’ Where I’m From.” His own favorite anthem performances are Marvin Gaye’s, Jimi Hendrix’s at Woodstock in 1969 and Whitney Houston’s at the 1991 Super Bowl.