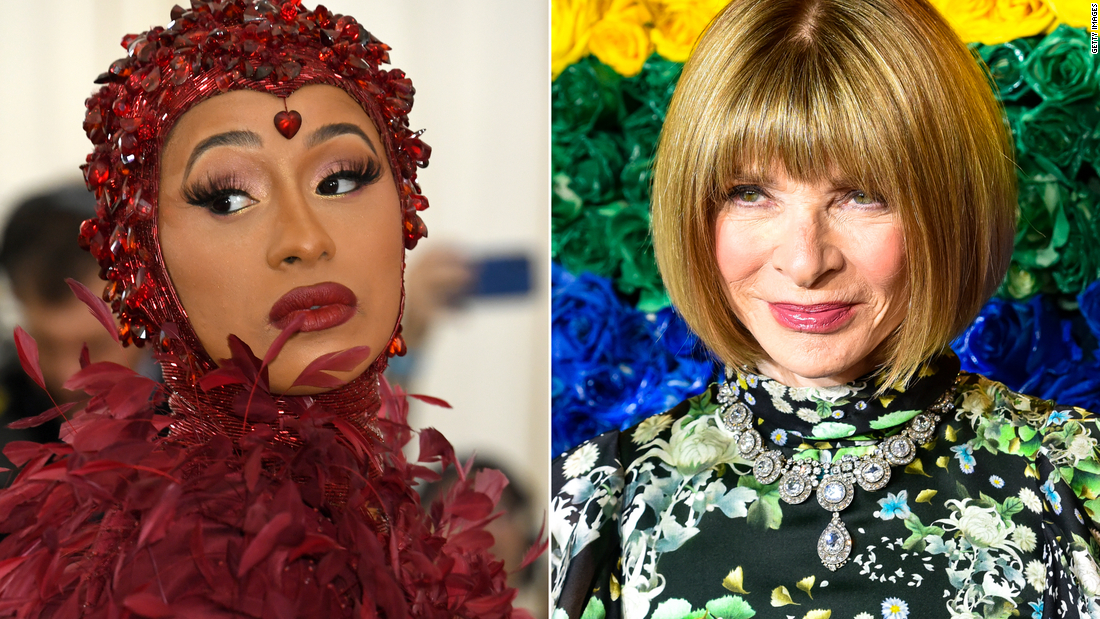 Anna Wintour granted Cardi B her style seal of approval in a new “Go Ask Anna” video from Vogue, published on Wednesday.

The longtime editor-in-chief said that one outfit in particular changed her previous perceptions of the “Money” rapper.“I was completely in awe of the stunning dress that Cardi B wore to the Met this year. She looked unbelievable,” Wintour said. “She could barely move, but it made no difference. People parted like the queen coming through because she looked so fantastic.” 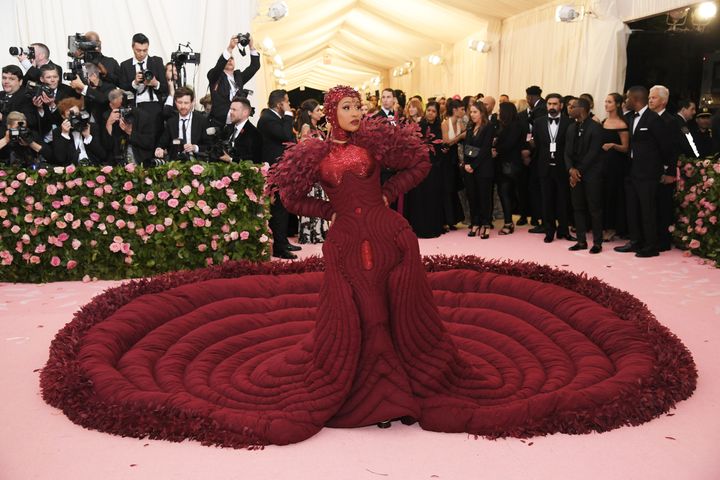 “I had not seen her look as chic or as original beforehand, so I have completely rethought my opinion of Cardi B’s style,” the editor-in-chief said before adding that the rapper “rocks.”

At the Met, the 26-year-old ― whose real name is Belcalis Marlenis Almánzar ― wore a custom feathered Thom Browne look that included a bejeweled headpiece, $500,000 ruby nipples and even a “vajayjay,” according to Cardi.

“The inspiration behind [the look] was feminism, you know this reflects the woman’s body,” the rapper told Vogue’s Liza Koshy at the gala. “You’ve got your little boobies, vajayjay, and your ― if you see my back, it’s like, booty.” 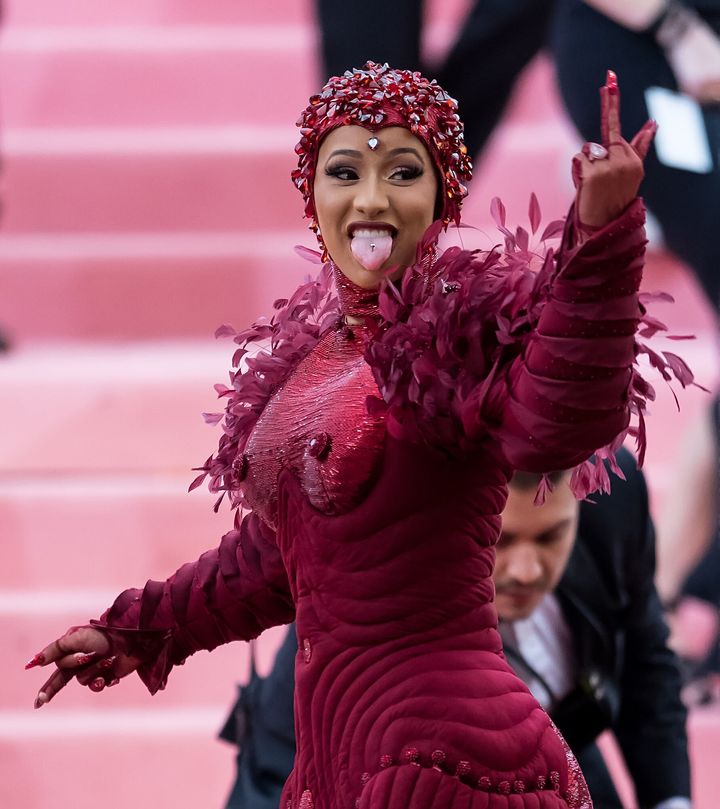 Cardi B first met Wintour when they were seated together at Alexander Wang’s NYFW show in 2018. She wouldn’t reveal what the two spoke about in a subsequent E! News interview, saying they just talked about “stuff.”