Americans detained in Haiti have returned to the US, reports say 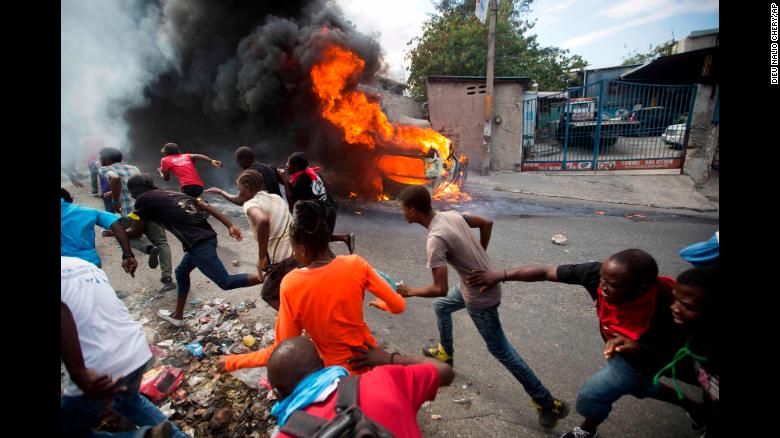 The five Americans, along with two foreign nationals and one Haitian, were arrested in Haiti over the weekend, Haiti Foreign minister Bocchit Edmond confirmed Monday.

On Wednesday evening, the Americans flew to Miami, a police source told the Miami Herald.

The Haitian daily newspaper, Le Nouvelliste, also cited a police source saying seven of the men who were arrested on Sunday in Haiti for possession of illegal weapons were "transferred to the United States."

A State Department spokesperson confirmed the "return of the individuals to the US was coordinated with the Haitian authorities," but did not provide additional details.

It's confirmed, here's video of mercenaries captured in #Haiti being escorted to their plane (without handcuffs) by US Emb. personnel. Local press being told they will be debriefed by FBI upon arrival. Haiti protests leaders vowing to continue pressure to force #PHTK from power. pic.twitter.com/T2dcRl2fFb

What we know so far 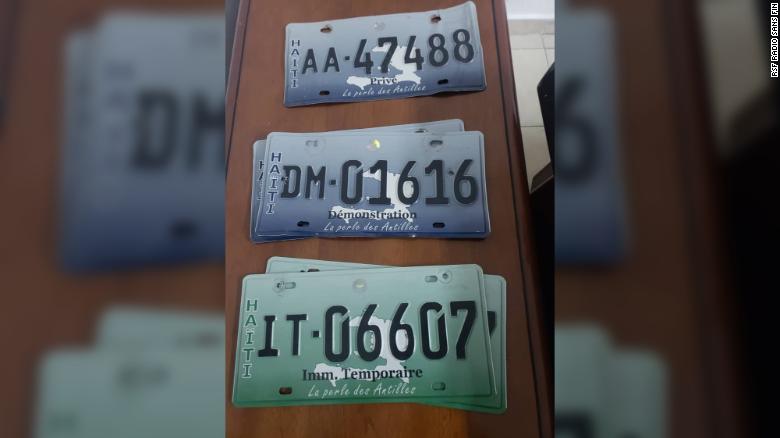 The detainees were allegedly found in posession of multiple license plates.

Prime Minister Jean-Henry Ceant told CNN that those who were arrested were "mercenaries" seeking "to target the executive branch of the government." He did not offer any further information to support this allegation.

The men were detained after being stopped during a routine traffic check. Their cars had no license plates and they initially resisted offering identification, according to Haitian authorities. 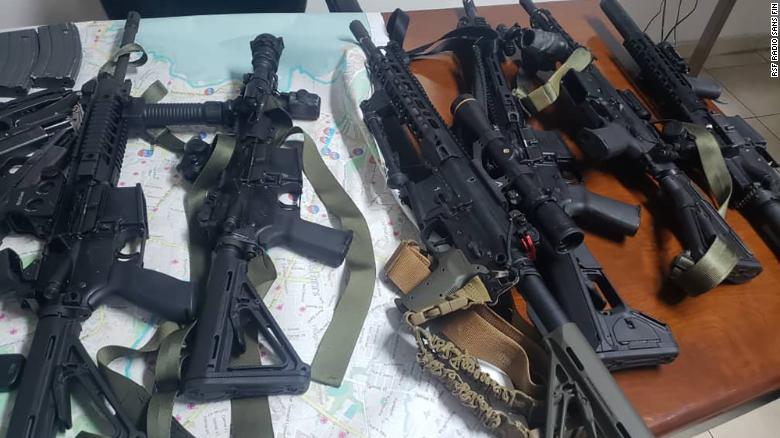 The arrests came as both Ceant and president Jovenel Moise face calls to resign by Haitians fed up with the country's economic woes. The country's capital, Port-au-Prince, has been rocked by two weeks of deadly protests, which began February 7.

Moise's administration has been under fire for soaring inflation and accusations of corruption.

Several people have been killed in the clashes, according to local media reports. CNN has not been able independently to confirm the exact number of those killed.

Demonstrators run away from police who are shooting in their direction, as a car burns during a protest demanding the resignation of Haitian President Jovenel Moise in Port-au-Prince, Haiti, Tuesday, Feb. 12, 2019.

The State Department on Thursday issued a Level 4 "Do not travel" travel advisory for Haiti, citing "crime and civil unrest" and "widespread, violent, and unpredictable demonstrations in Port-au-Prince and elsewhere in Haiti."

All "non-emergency US personnel and their families" were ordered to leave Haiti by the State Department, which said the country has "limited ability to provide emergency services to US citizens in Haiti."

"Protests, tire burning and road blockages are frequent and unpredictable," the advisory stated.

"Violent crime, such as armed robbery, is common. Local police may lack the resources to respond effectively to serious criminal incidents, and emergency response, including ambulance service, is limited or non-existent."