A real estate agent was fired after posting an advertisement encouraging people to use his home selling services if they were upset after the Montgomery election when the voters elected an African American to be mayor.

"Hey Montgomery, Don't Like The Election Results?? CALL ME!! Let's SELL That Home While The Market Is HOT!," the Facebook advertisement with an eXp Realty logo said.

The dog-whistle advertisement with Craig Schaid posing in it was posted after Steven Reed was elected Tuesday night to lead the city of Montgomery, which has a majority black population but never has had an African American in its highest office.

Cynthia Novak, eXP vice president of marketing and communications, told the Advertiser in an e-mail that the company was not aware of the advertisement before it was posted and fired Schaid after learning of it.

"We reviewed the situation and terminated the agent. He is no longer an agent with eXp," Novak wrote. "In addition, we are discussing how we advocate for diversity and inclusion and will educate all staff and agents on these matters."

Schaid could not be reached when the Advertiser contacted him Thursday. 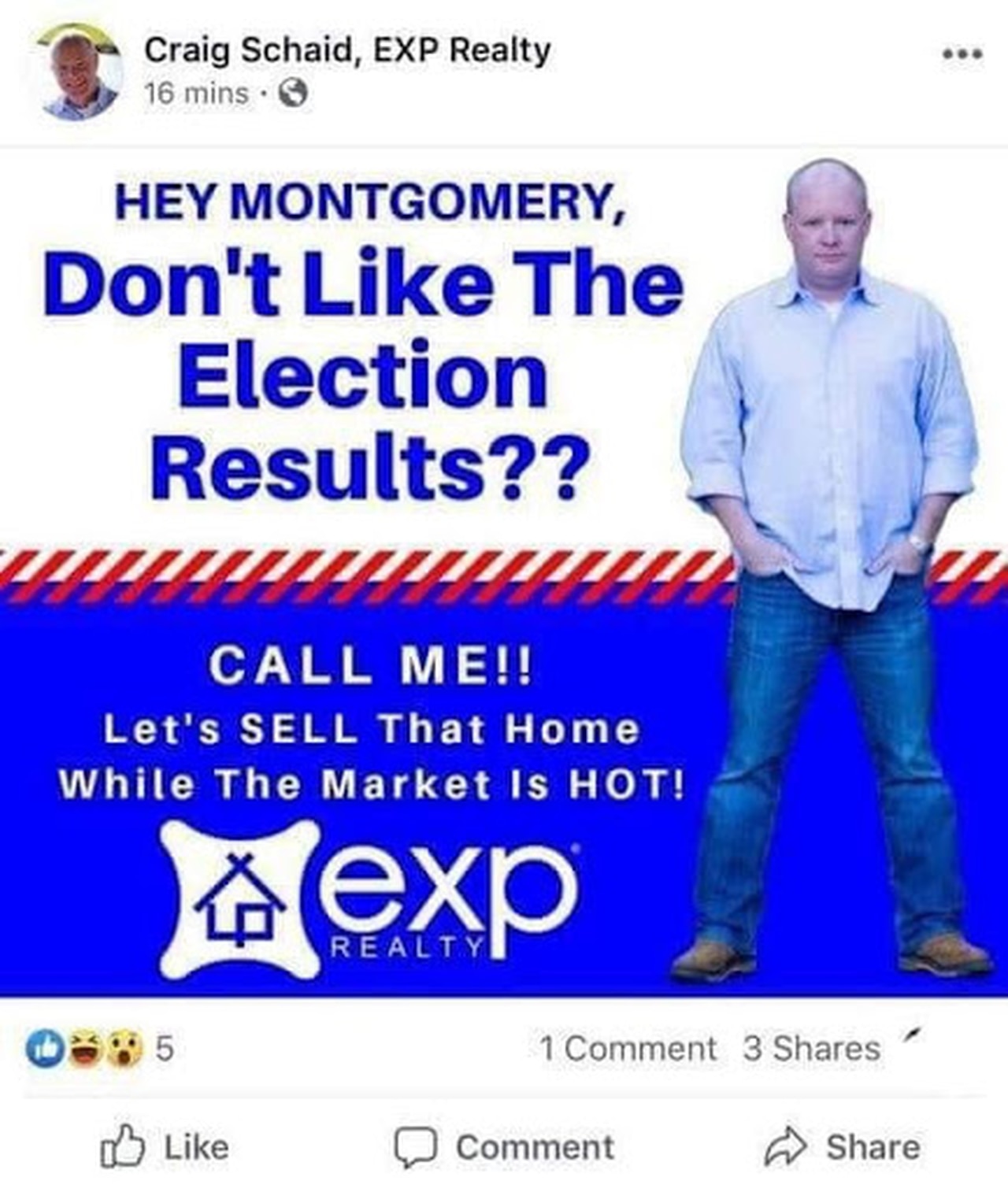 Schaid also resigned Thursday from his treasurer position with the Montgomery Association of Realtors.

"As of today, we asked for his resignation and we received it today," said association CEO Brad Owen.

"Craig Schaid has made a career of offering 'five-star' customer service with innovative and 'out-of-the-box' thinking," his profile states.

Schaid's professional website, homesearchalabama.com, brings up a page that says the domain has been suspended.

eXp is a remote real estate agency with thousands of agents. The company awards stock to agents as a reward for hitting sales goals and recruiting new agents.