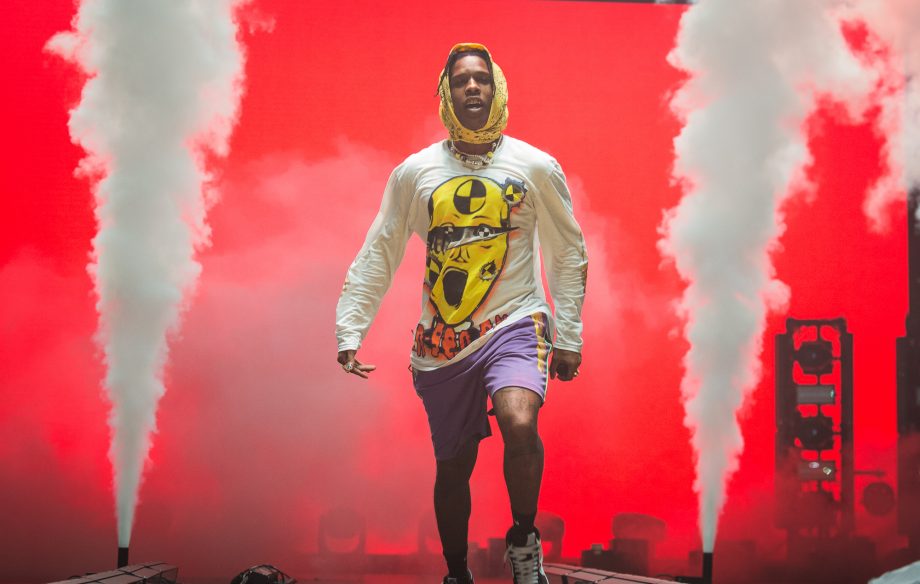 Last night, A$AP Rocky played his first show since being released from Swedish jail. The rapper’s set at Real Street festival in Anaheim, California, featured a surprise appearance from Tyler, the Creator for “Who Dat Boy” and “Earfquake,” as well as YG and A$AP Ferg.

He also spoke about his detainment. Watch footage below, via YouTube user Irma Hernandez. (Tyler comes out around the 13-minute mark, and the speech begins five minutes later. )

Of his time in Swedish jail, Rocky said: “Y’all know how happy I am to be here right now, I wanna say this though. When I was away—hold the mosh please, this a sentimental moment!—what I experienced was crazy.... It was a scary, humbling experience but I’m here right now. God is good. People who ain’t even fuck with me felt sympathy. People was praying for me, that uplifted me when my spirits was low. I can’t thank y’all enough, man, that was crazy. Hip-hop never looked so strong together.”

Rocky was arrested in July and charged with assault. Prosecutors allege that the rapper and two associates attacked Mustafa Jafari, 19. All three claim self-defense; Rocky has pled not guilty. Earlier this month, Rocky was released from jail while awaiting the final verdict, expected on August 14. While imprisoned, Rocky missed performances in Poland, England, Germany, and elsewhere.