2 Students Withdraw From University Of Oklahoma After Blackface Video Surfaces 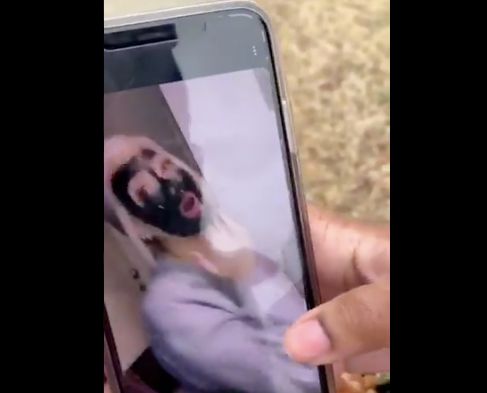 Two students, including a sorority member, have withdrawn from the University of Oklahoma after a video surfaced last week showing one of the women smearing black paint on her face and saying a racial slur.

One of the women in the video was a member of the Tri Delta chapter at the university, according to the sorority. A university spokeswoman identified the students as Francie Ford and Olivia Urban but did not provide HuffPost with their affiliations.

OU President James L. Gallogly said Monday that both students would not be returning to campus.

“This type of behavior is not welcome here and is condemned in the strongest terms by me and by our University,” Gallogly said in a statement.

At a news conference this week, Gallogly told reporters that the students, who were sophomores, were not expelled from the school. He also said that he had not met with the students, but other administration officials had.

“They decided to withdraw on their own under the circumstances,” he said Monday. “They can see that our culture rejects this kind of activity, in no uncertain terms.”

The video was first shared Friday morning, before the holiday weekend honoring Martin Luther King Jr., by a Twitter user identified as Gabrielle Lesley. In the original video, which appears to have been taken on Snapchat, a woman in blackface rubs more black paint onto her face.

OU’s Black Student Union held a Rally to Stop Racism on campus Tuesday in response to the offensive video.

The student-run organization said they weren’t surprised by the women’s racist behavior and accused the university of failing to properly address such incidents.

Taylor Wilson, president of the Black Student Union, told HuffPost on Sunday that the university hadn’t established an “effective standard procedure” on how to handle racist incidents since a high-profile incident on campus in 2015.

It involved a video showing Sigma Alpha Epsilon fraternity members singing a racist song that included the lyric “There will never be a n****r in SAE.” The fraternity had taught the song to its new members as part of its pledge process, a follow-up investigation revealed.

University officials stripped SAE of its fraternity house, and the fraternity’s national headquarters shut down its chapter at OU after the video surfaced. At the time, the Black Student Union presented OU with a list of demands for officials to respond to racism on campus.

“Because situations like these are reoccurring, there are many improvements that university officials need to make,” Wilson said in an email. “It starts with the administration. Without support, including a substantial amount of faculty and staff, as a student of color at a [predominantly white institution], it is not uncommon for us to feel helpless.